Many test applications require systems that both provide power and consume power. One of the most common applications for this type of functionality is battery testing. When testing batteries, you must both charge and discharge them, meaning that at some point during the test, you must supply power to the battery under test, and at other times, you must sink power from the battery.

In this case, the unit under test is a motor controller and a three-phase electric motor with a maximum of 6,000 rpm CW and CCW at no load. For this test, the power supply must supply 10 A at 321 VDC.

The first step in the test is to command the electric motor to run in the clockwise direction at 6,000 rpm. During this portion of the test, the power supply must supply up to 10 ADC, as shown in Figure 2.

After approximately 100msec, the test controller turns voltage to the motor OFF and the PSB 9000 switches from source mode to sink mode. current The maximum reverse current is about -5 ADC.

Voltage is then re-applied and the motor spins back up to 6,000 rpm and draws current of 10 ADC. This cycle is repeated thousands of times, while the test system monitors the voltages and currents. As shown in Figure 2, as the Series PSB 9000 sources and sinks power, it maintains the voltage to the motor controller at 320.9 VDC, even during the transition of positive to negative current flow. 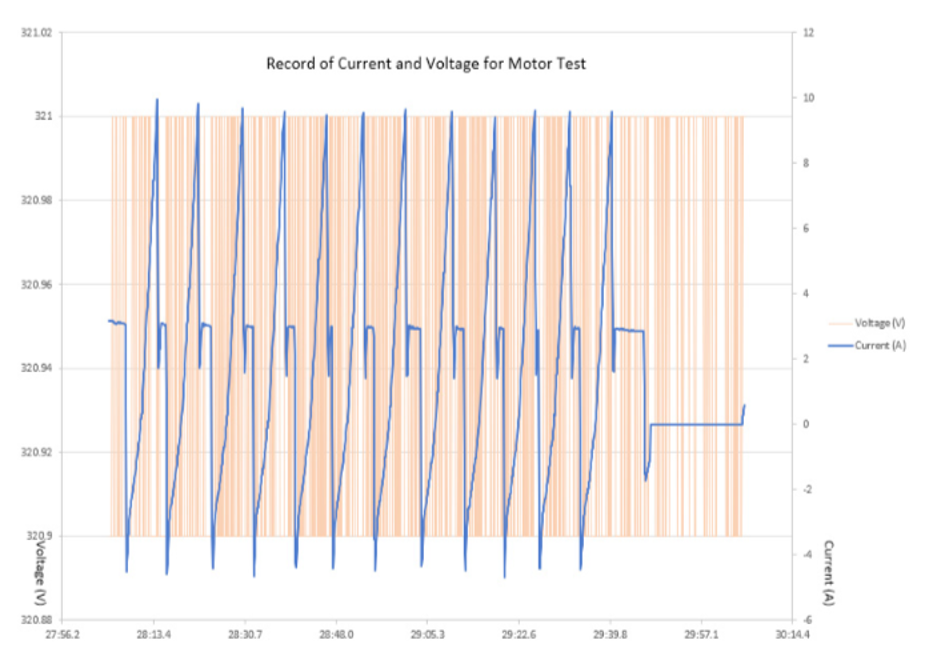 One benefit of using the Series PSB 9000 for this test is its ability to recycle the energy that the load recovers back to the grid. The Series PSB 9000 can do this at approximately 95% efficiency. This results in operational energy cost savings and since the unit only dissipates 5% of the energy in the form of heat. This not only saves energy costs, but reduces system costs because very little heat needs to be dissipated. No expensive cooling system is required as it would be for a conventional electronic load.

You can learn even more about bidirectional power supplies here. If you have any further questions, please feel free to send an e-mail to sales@elektroautomatik.com, or call us at 858-836-1300.