Efforts to reduce the rate of climate change have resulted in advances in non-fossil fuel, renewable energy solutions and an accelerating rate of electrification in the transportation market. These new technologies are advancing the field of power supplies because of their high power requirements. Electric vehicles (EVs) can have battery packs sized in excess of 900 VDC with 95 kWh capacity. Fast EV charging systems have power ratings over 240 kW. The cell stacks of Hydrogen fuel cells, another developing technology for powering vehicles, can contain over 500 kW and can deliver up to 1000 A.

In contrast to the need to move away from fossil fuels, worldwide energy consumption is increasing. Server farms are one example of higher energy demand. To enable renewable energy to support them, server farms are transitioning from AC to DC distribution with operating voltages at 360 VDC and current capacity of 2000 A. Furthermore, new emerging technologies are using voltages in the 1800 VDC range.

The challenge of meeting market demand

The EA design team considered whether to use silicon (Si)-based transistor technology or use newer silicon carbide (SiC) power transistors. Using the existing Si semiconductor technology, power instrumentation can achieve a maximum efficiency of 93% when using a switch mode design that can operate at 40 kHz. If the power instrument uses a 5 kW power module, the achievable power density is 9.2 W/in3.

A Si-based MOSFET (metal–oxide–semiconductor field-effect transistor) design needs three switching transistors to generate 5 kW. With a de-rating requirement for the MOSFETs of 30%, a 5 kW power module must use three 500 VDC modules in series to achieve 1500 VDC. Three of the 5 kW power modules can make up a 15 kW instrument. To meet a load demand of 150 kW, test system designers would need ten 15 kW power supplies. That quantity of supplies can fill a 42U high, 19-inch test rack. If the load demand were 450 kW, the test system would require three test racks consuming 18 sq ft of rack space. If the supplies were to operate at their maximum efficiency of 93%, the test system would generate a huge 31.5 kW of heat that would need to be removed.

Facing the challenges of meeting the goals for the new power supply family, the EA design team decided to go with SiC power transistors. The following paragraphs describe the benefits of SiC technology over the SiC alternative.

Prior generations of three-phase system-based power products utilized Si-insulated gate bipolar transistors (IGBTs). IGBTs have the capacity to support 1200 V and supply high current. However, IGBT conduction and switching losses are high. In contrast, SiC MOSFETs high-power semiconductors have much lower conduction and switching losses. As shown in Figure 1, SiC MOSFETs have a lower voltage drop than an equivalent IGBT when used as a switch. The RDS(on), the channel resistance of a saturated SiC MOSFET, is lower, particularly, at low loads, than the pn junction resistance of a saturated IGBT. Thus the conduction loss of an SIC MOSFET is lower than the IGBT’s conduction loss. The switching loss difference, as shown on the right side of Figure 1, is much more significant. The Si IGBT has a higher capacitance than the SiC MOSFET, and it takes the IGBT more time to switch off. Figure 1 indicates that a SiC MOSFET reduces the switching energy loss by a factor of 10. 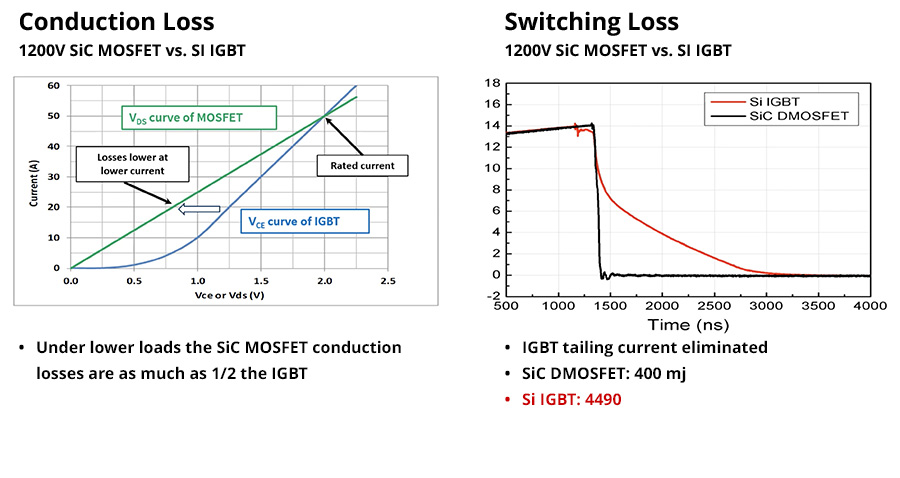 Figure 1. Switching and conduction loss comparisons between a SiC MOSFET and a Si IGBT

Since SiC MOSFETs take less time to switch, these transistors can operate at faster switching speeds. Figure 2 shows that a SiC MOSFET has a dv/dt rate almost twice the rate of a Si MOSFET for both turn-on and turn-off. 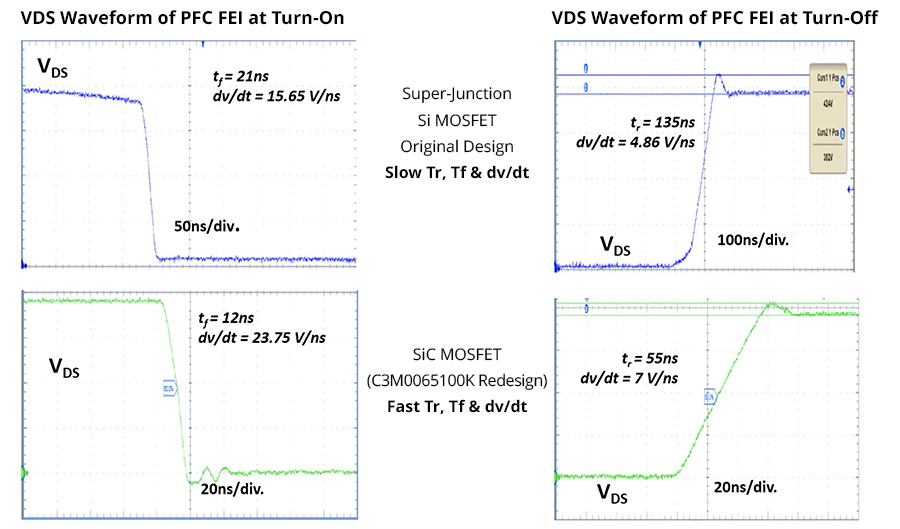 Figure 3. Actual breakdown voltage versus temperature of a SiC MOSFET. The plot represents measurements on sets of 15 components from three different production runs.

EA took advantage of SiC technology to develop a 30 kW programable power supply in a 4U high enclosure with models that can output 2000 V. The benefits as compared with Si-transistor-based models:

Taking advantage of higher speed switching with SiC transistors, the new 10000-series switch mode AC-DC converters operate at approximately 60 kHz. That is 30% faster than the DC-DC converters of other manufacturers’ power supplies which switch at around 30 – 40 kHz. The 10000 series higher switching frequency enabled reduction in both the size of magnetic components and the size of the amplifiers. Not only did the magnetic components shrink by 30% in mass, but the design required one less inductive component saving valuable space and generating less heat.