Many Elektro-Automatik programmable power supplies feature a software-based function generator that can generate typical functions, such as sine, square, and triangle waves, and apply them to either the voltage or current outputs. The generator can be completely configured and controlled by using the touch panel on the front of the device, or by remote control via one of the digital interfaces.

In addition to the standard functions, users can program their own arbitrary waveforms for custom development and production testing. The arbitrary function generator allows users to create complex output functions. Arbitrary waveforms can be loaded from and saved to a standard USB stick via the USB port on the front panel, making it easy to change between different test sequences. 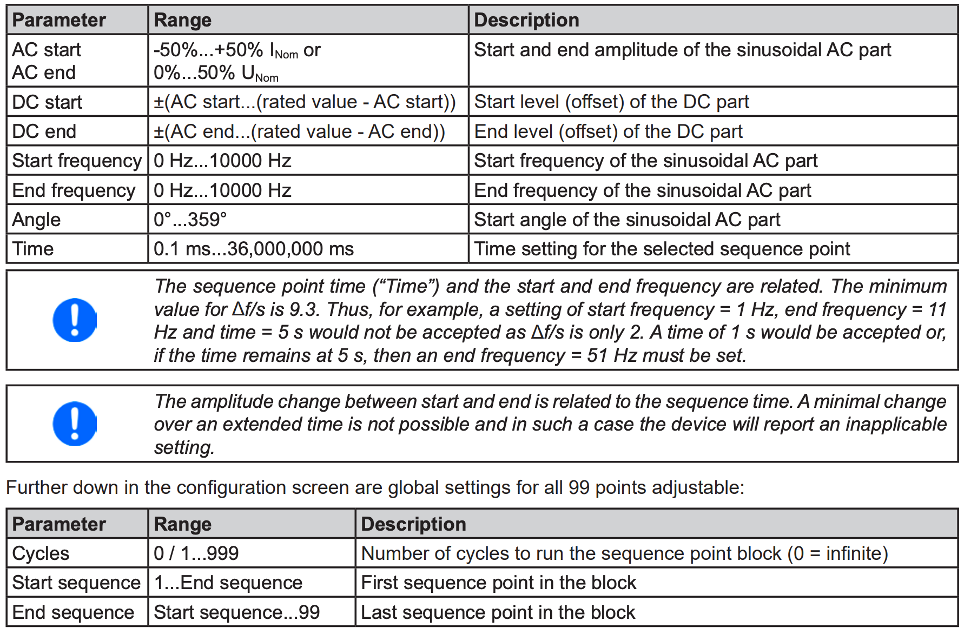 The arbitrary curve can overlay a linear progression (DC) with a sine curve (AC) whose amplitude and frequency is shaped between start and end. When both, start frequency and end frequency, are 0 Hz the AC overlay has no impact and only the DC part is effective. Each sequence point is allocated a sequence point time in which the AC/ DC curve from start to end will be generated.

In addition, users can program an arbitrary number of the 99 sequence points to run in a sequence point block and
this block can then be repeated up to 999 times or infinitely.

Here are some examples of how to create arbitrary waveforms using sequence points: 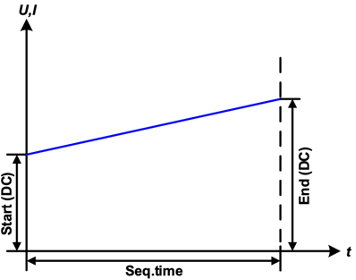 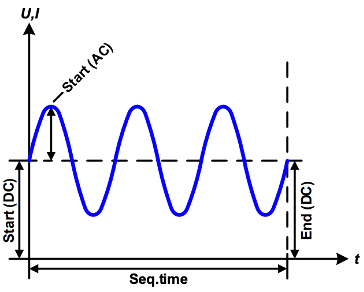 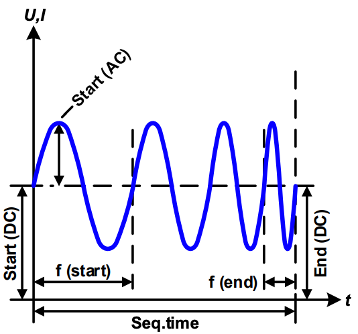 This example is similar to example 2, but with a different end frequency. In this example, the end frequency is greater than the  start frequency. Over the course of time that this sequence point is active, the period of the sine wave cycles will decrease linearly. 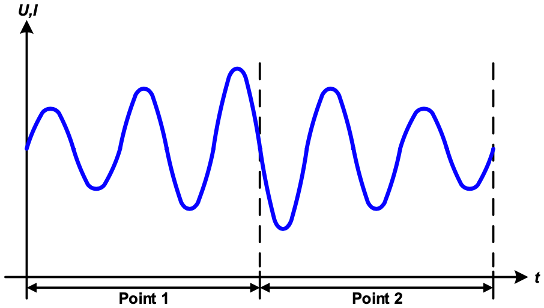 This is an example of an output waveform that uses two sequence points run consecutively. The first sine wave generates a sine wave with increasing amplitude, the second one with a decreasing amplitude. Together they produce an output that increases then decreases as shown in the figure. In order to ensure that the wave peak in the middle occurs only once, the first sequence point must end with a positive half wave and the second one start with a negative half wave. 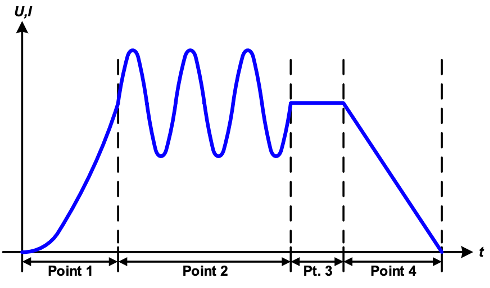 This is an example of a waveform that consists of four different sequence points:

If you have any further questions, please feel free to contact us for advice. You can visit the EA website, send an e-mail to sales@elektroautomatik.com, or phone 858-836-1300.