How susceptible is circuitry to noise on your DC rail lines? How can you test the maximum power point tracking performance of an inverter? How can you use instrumentation to meet the dynamic test requirements for electric vehicles? These are just some examples of the challenges that you face when developing test routines to verify the performance of your products.

The solution requires a combination of a DC power supply or a load and a signal generator to modulate the DC power device. One option is to combine the two instruments. You could use a bias tee to connect an AC signal generator and a DC instrument together. That is a simple connection, but the problem is you will be hard-pressed to find a commercially available bias tee that can pass more than 700 W with a maximum voltage of 100 V and a maximum current of 7 A. If you are testing a solar panel inverter, an electric vehicle battery and vehicle circuits, or any circuit operating at higher than 100 VDC, then a bias tee with 100 V and 7 A capacity is completely inadequate. Another alternative is a wide band power amplifier that that has a bandwidth down to DC. Most power amplifiers do not amplify frequencies down to DC. They are large and expensive. Neither of these options solve the challenge of combining a low power AC signal with a high-power DC level.

Figure 1. A bias Tee combines a signal generator output with a DC power supply output, but is power limited

The best solution is to do what EA Elektro-Automatik does which is build the function generator into a power supply or a load. Then you do not have to worry about protecting a low-power signal generator from a source of high power. In fact, there is no low power hardware to protect as the EA function generator is entirely firmware.

These are just some examples of how an arbitrary waveform generator built into a DC power supply can conveniently enable a test engineer to more thoroughly test a circuit or a product. More extensive testing improves product reliability.

Let’s simulate a solar panel. We need to create an I-V curve for the solar panel. First let’s review how a solar cell works so we can understand what the function generator will define for the solar panel, a set of connected solar cells. A solar cell model consists of a current source which represents the solar light creating current, a p-n junction represented by a diode, and resistances in series with and in parallel with the p-n junction. Photons impinge upon electrons in the p-n junction and provide sufficient energy to enable the electronics to transition to the conduction band. The electric field that builds up turns on the diode, and current flows to the output of the solar cell. Figure 2 shows a simple model for a solar cell. 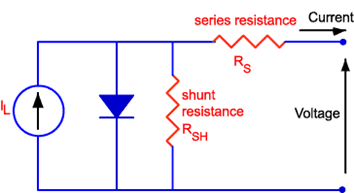 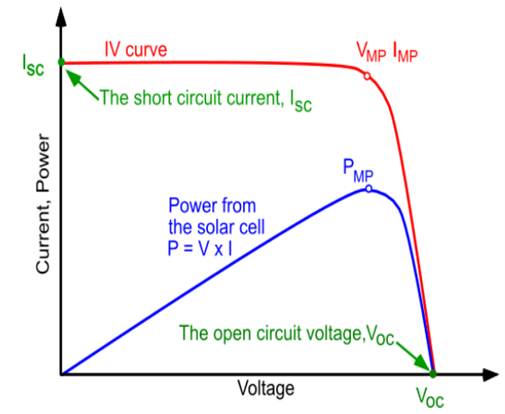 The built-in function generator of the EA Elektro-Automatik instruments, such as the PSB bidirectional DC power supplies, makes it easy to create the solar cell I-V curve. The function generator requires four parameters: the open circuit voltage, the short circuit current, and the maximum power point current and voltage. Figure 4 shows the setup screen which will create the I-V curve. 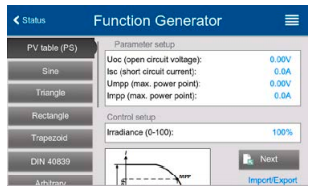 Test engineers can use the simulated solar cell to test solar cell inverters and how well they can track the maximum power point of the solar cell or solar panel. The function generator enables testing of an inverter’s efficiency in compliance with standard EN 50530 Overall efficiency of grid connected phototovoltaic inverters. The EN50530 test mode allows determination of inverter response to changes in the maximum power point. In addition, the test mode allows inputs to change irradiance on the solar panel and changes in its surface temperature. Both parameters affect solar cell output.

Using a test rack of as many as 64 PSB 30 kW supplies, a test engineer can simulate a 1.92 MW solar farm. This allows complete testing of solar inverters for power distribution applications.

A second example of an application for the function generator’s XY generator is the simulation of a battery. Figure 5 illustrates a simple model for a battery. The model uses an ideal voltage source representing the battery’s open circuit voltage and an internal resistance representing the electrochemical and the electronic resistances in the battery. As the load current increases, the output voltage of the battery declines due to the increase in the voltage drop across the internal resistance. A test engineer can determine how a load, such as an electric vehicle motor, responds to the drop in battery voltage when the motor increases its current draw. 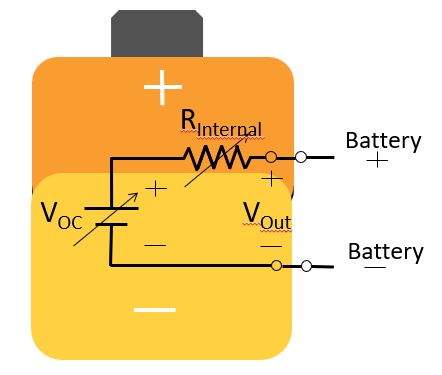 Figure 5. Simplified model of a battery using an ideal voltage source and an internal resistance

Using the function generator in the ELR electronic load, the ELR load can simulate a battery for charger testing. The load can determine how well a charger can supply a high current output for fast charging a battery. Also the simulated battery load can test the chargers ability to safely trickle charge the battery when 100% charge has been achieved.