Some Frequently-Asked Questions About Electronic Loads 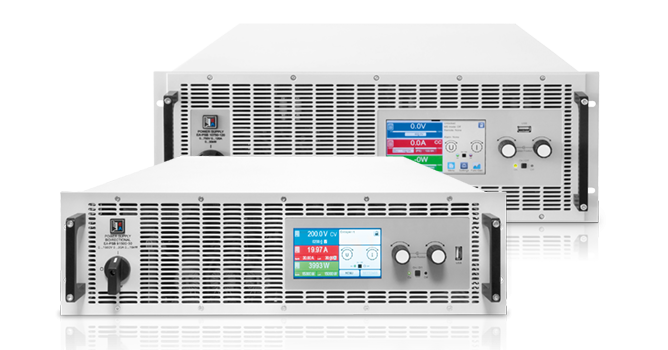 Electronic loads are versatile instruments that are used in a wide variety of applications, but their operation is often misunderstood. Below are some of the most frequently-asked questions that we get about electronic loads.

What is an electronic load?

An electronic load is an instrument that sinks power, using transistors to simulate ohmic resistance when testing DC voltage and current sources, such as batteries, power supplies, capacitors, or turbines. Typically, users will set the value of the resistance that they want to simulate (constant resistance mode) or the amount of current that they want to sink (constant current mode). In constant resistance (CR) mode, the amount of current that the load sinks changes as the voltage applied changes. In constant current (CC) mode, the resistance presented to the source changes in order to keep the load current constant.

What is the minimum input voltage for an electronic load?

In some situations where the voltage applied to the load is very low, the load cannot perform at full capacity. The reason for this is that an electronic load uses transistors to simulate an ohmic resistance, and for technical reasons, this resistance can never be 0. It is very small, but not—or only roughly—determinable. For example, when the input voltage is low, less than 0.5V, for example, and the load has input voltage rating of 80 V and an input power rating of 2400 W, the load will not be able to “draw” the full current.

Each model has a certain minimum input voltage at which the load can draw the full current. These minimum input voltages are different for each model and can be easily determined by setting the load to draw the maximum current, then applying a variable voltage source to the input. Slowly increase the voltage of the voltage source from 0V until the load draws the maximum current. The displayed input voltage value is then the minimum voltage for the load. The load will operate normally and reliably at input voltages below this minimum voltage, but is unable to draw full current or be set to a correspondingly low resistance.

How accurate are the voltage, current, resistance and power set points?

The voltage, current, resistance, and power set points are not 100% accurate. What this means is that if someone measured the actual values with highly accurate instruments, they would see small differences between the set point values and the actual values. One reason for this is the accuracy of the electronic load’s measurement circuits.

In constant power operation, the electronic load measures both the input voltage and the input current to determine how much power it is sinking and adjusts the input resistance accordingly. As a result, both voltage and current measurement errors affect how close to the set point the input power will actually be.

Achieving an accurate constant resistance also relies on the voltage and current measurements, but is more problematic. The user sets the constant resistance value, and the electronic load calculates the current that it must draw based on the input voltage. When the input voltage is high, and the current set point is low, the calculated current value could exceed the current set point or the maximum current rating of the load. In either case, the load will not be able to accurately simulate the desired resistance.

When the input voltage is very low and the resistance set point is high, the current that the load must draw will be very small. In this case, current measurement errors could cause the actual current to be quite different than the current required to accurately simulate the desired resistance.

To maintain accuracy in constant resistance more, avoid set points near the top and bottom of the current and voltage ranges. By selecting values between 10% and 90% of full-scale value, the electronic load will accurately provide a constant resistance.

EA Elektro-Automatik programmable electronic loads use both analog and digital technology, and because our designs are modular, we can offer a wide variety of products to meet the needs of nearly any industrial or R&D application. Some EA programmable electronic loads, such as the EL 9000 Series, are conventional, heat dissipating loads. Other models, such as the ELR 9000 and ELR 10000 Series are “regenerative” loads. Regenerative loads return more than 90% of the energy they sink to the utility, dramatically reducing power consumption and thereby saving costs. More information on all of our electronic loads can be found on our website.